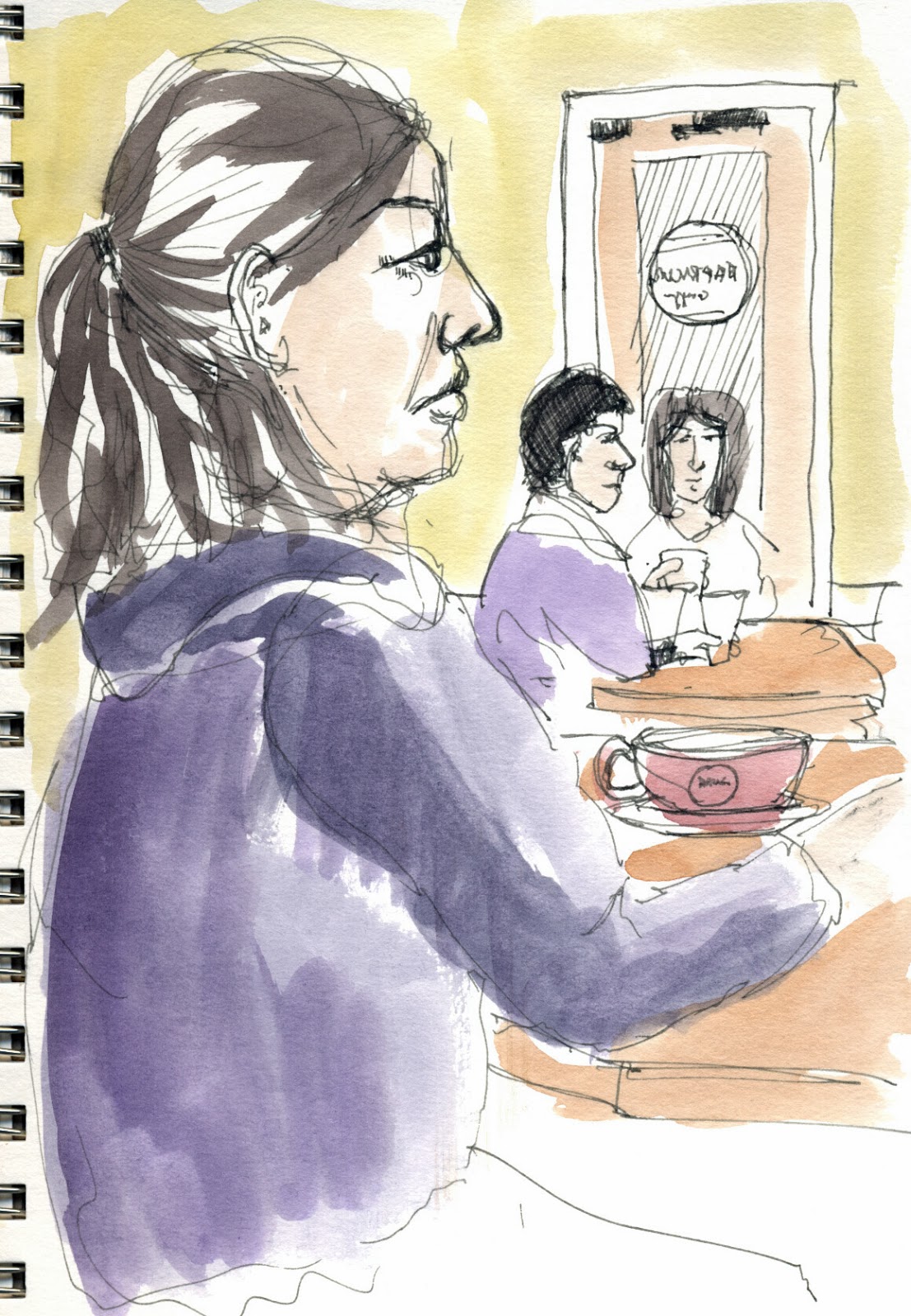 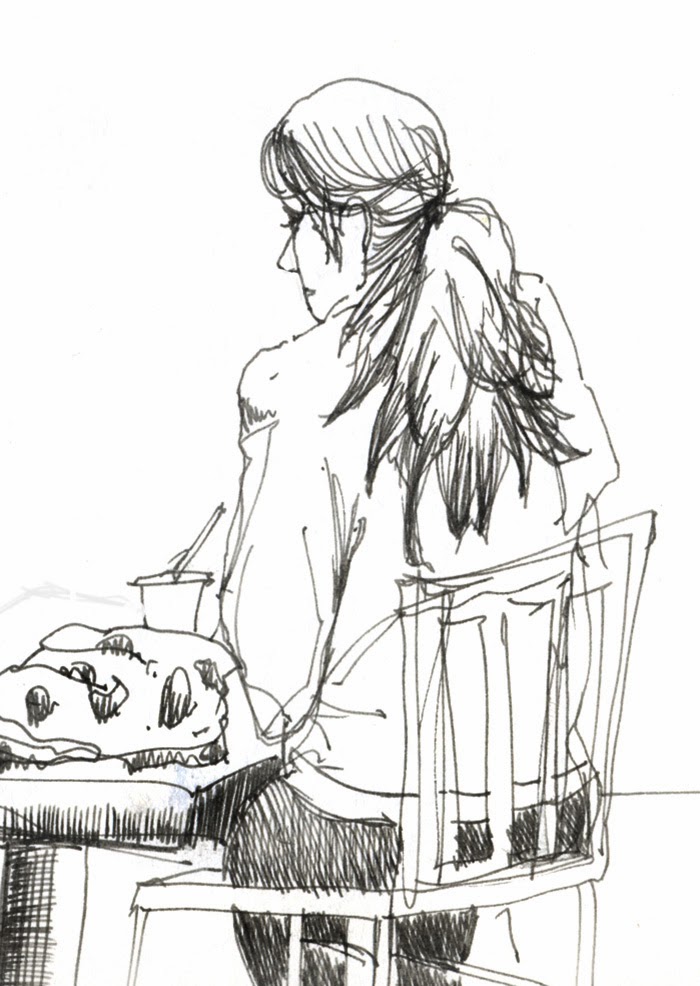 The lady on the left doesn't really have a deformed arm, but I thought it would make her more interesting to have one . . . (ahem).  She was one of the fab four at the table shown in the prior posting where the four of them were there when we arrived and still there when we left.

The lady on the right was in Subway yesterday.  She was with a friend and they were oohing and ogling over a bran-new baby, which didn't make the sketch.  Her friend did, but I decided to crop her out.  I like this one by herself much better.  Maybe some color?  Maybe not.
Posted by Jim Bumgarner at 3:14 PM