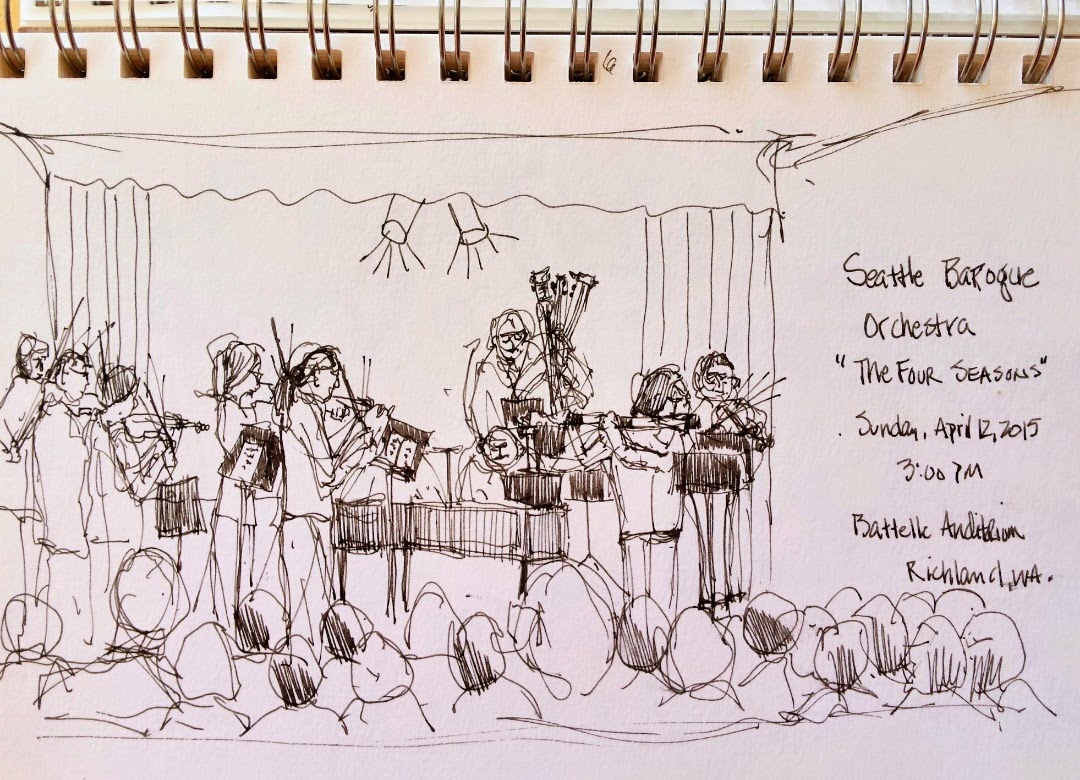 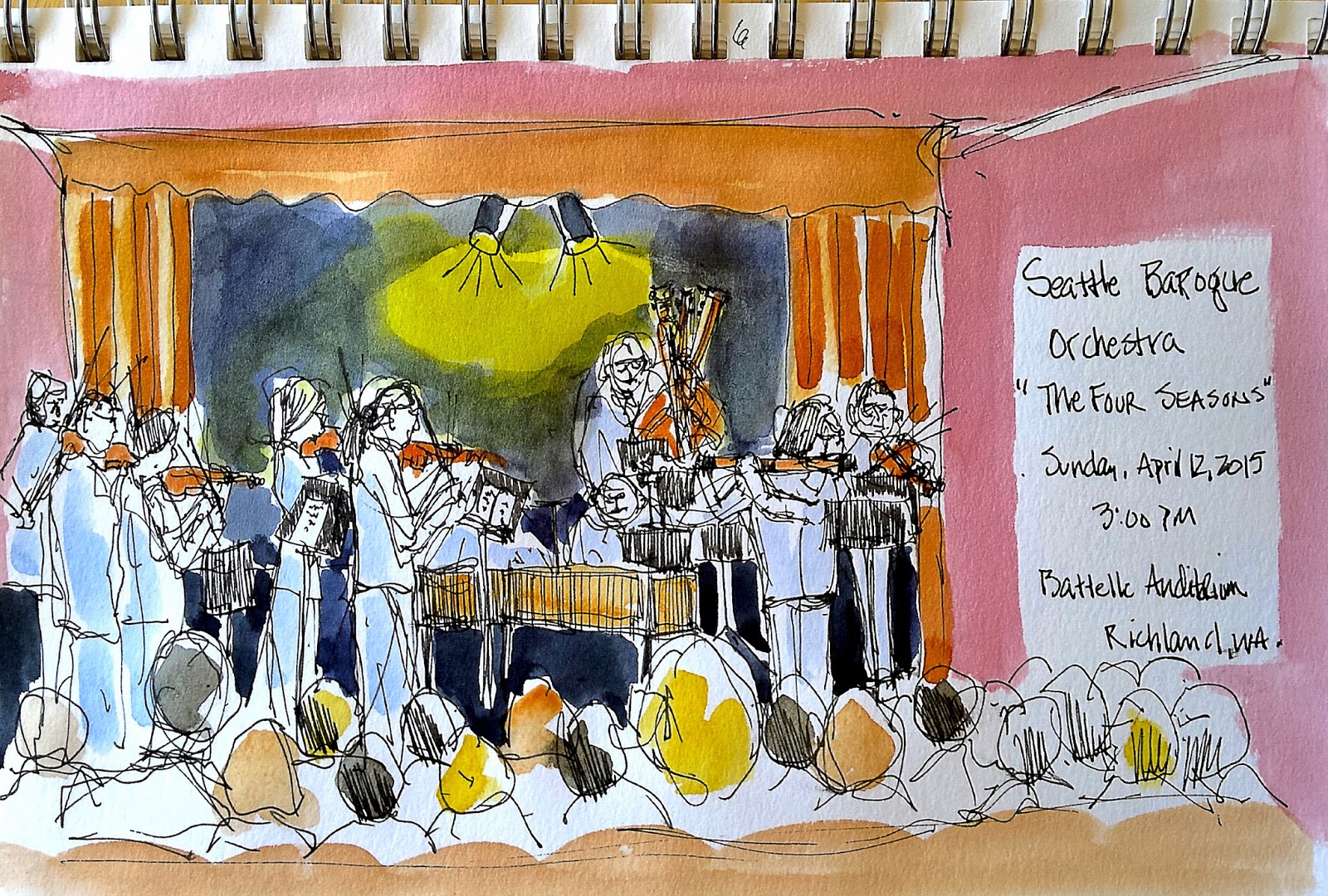 My son and I went to this concert last Sunday at the Battelle Auditorium.  He tends a bit toward being a classical music savant: since he was very young.

The featured playlist was Vivaldi's "Four Seasons," which they played beautifully.

I am always amazed at how musicians, ten in this case, become so intricately in tune with one another in terms of timing, spacing, rhythm, and intonations. And they were!!

I took my sketchbook, just in case, and once they started I felt the strong urge to try to capture them.

The top image is what I sketched during the event, trying to capture the energy of the music they were playing as well as the energy they were releasing while they played.

Later, I decided to put some color to it to push the background back and bring the audience forward some.

It's not a great sketch/drawing, but it does capture the mood of the moment: for me.

Posted by Jim Bumgarner at 1:30 PM