Wimbledon, not quite yet 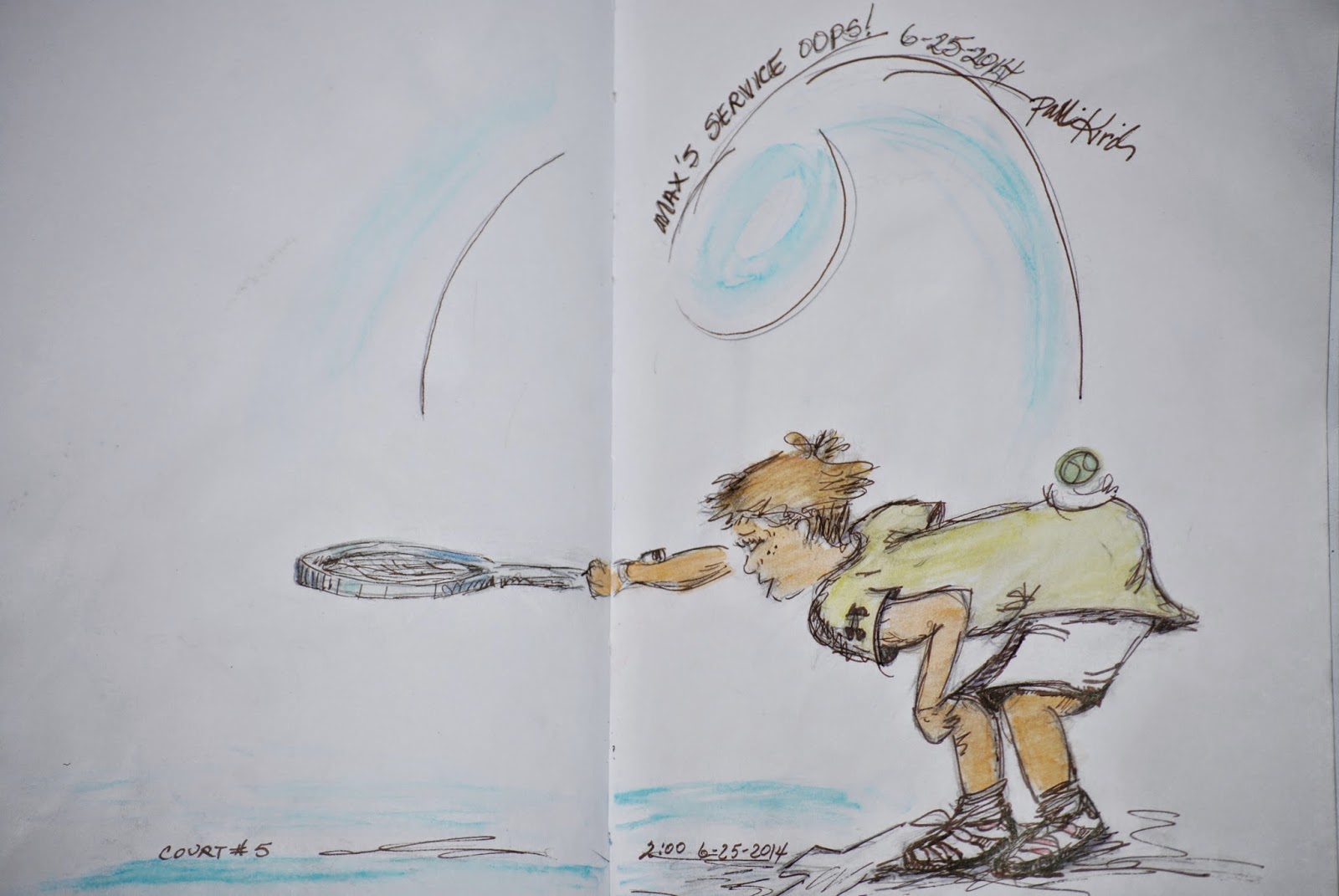 Max is a 7 year old sketcher and tennis player, so at the end of our lessons he sketches and writes what he learned.  One of his service attempts, this actual pose happened, unplanned.  I had to sketch this one, too funny. 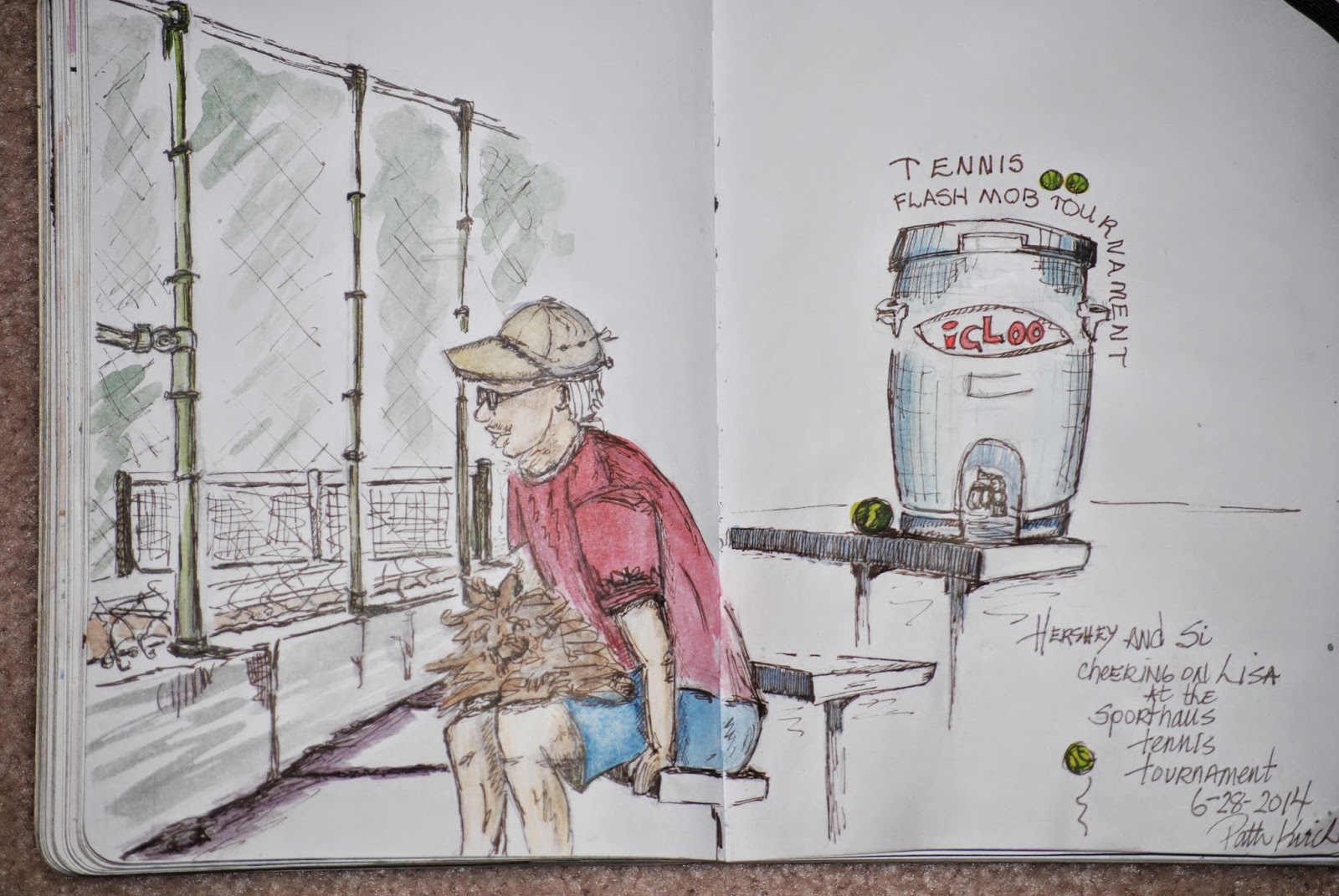 Over this past windy weekend Sporthaus Northwest Sweetspot Tournament was held.  For over 25 years my husband and I have created and directed a "tennis flash mob" over this tournament weekend at Kamiakin High School and previously Kennewick High School.  Hey, I was the tournament  director, only had time to sketch one participant's grandparent and their shitzu. Initially, I sketched with pencil followed by micron .05 pen then Art Bars.
Patti Kirch
Posted by patti at 6:38 PM