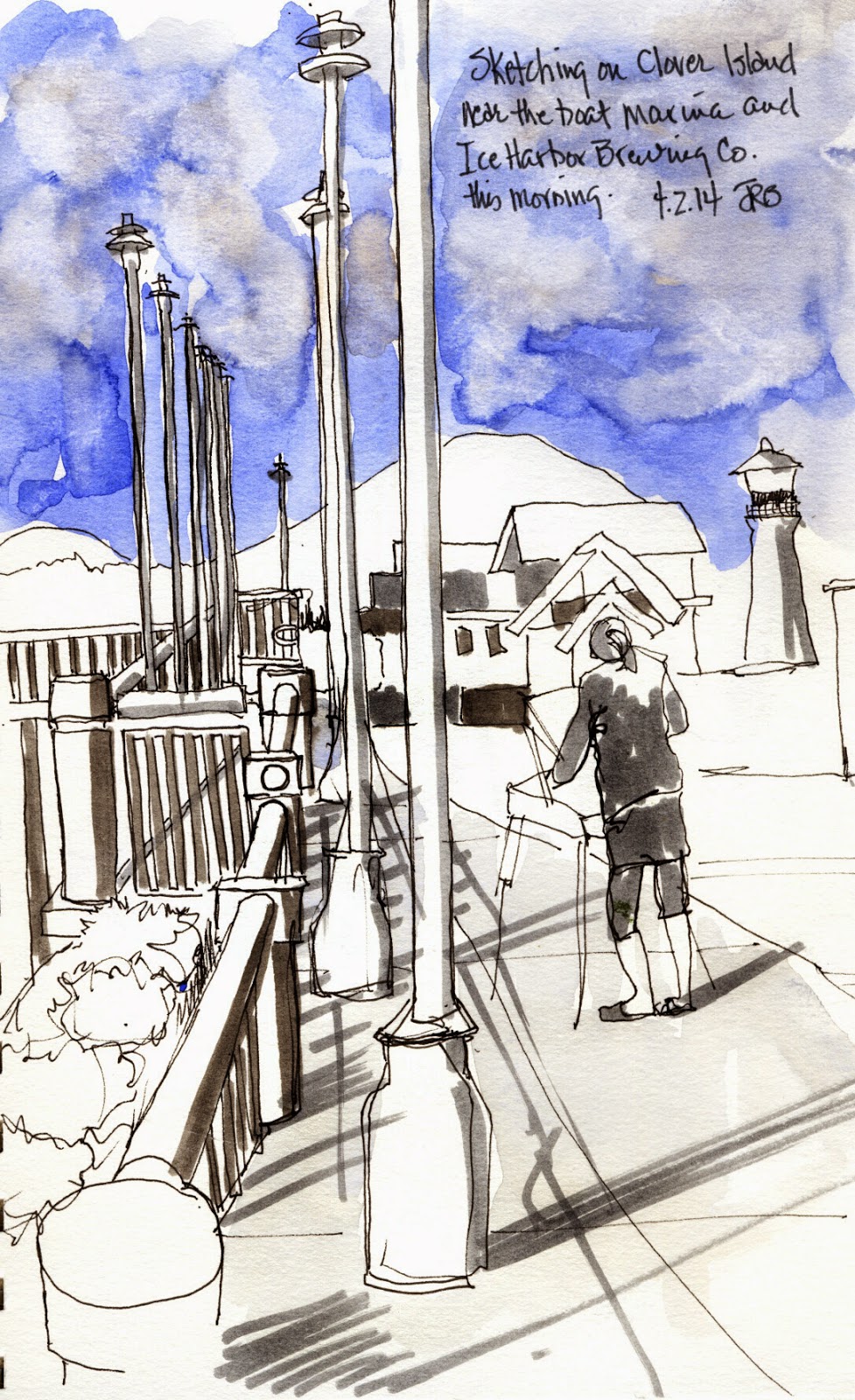 We live on the banks of the Columbia river.  In that river there is a man-made island called Clover Island.  I think it was created here in the early 50's.  When I was a kid there wasn't much on it to look at except the newly formed Coast Guard station which pretty much looked like some kind one story, boring, office building.

Things have changed though in the last half-century: hotels, eateries, a marina, even a sort of "boutique" light-house which is landmark only with no functional use regarding river traffic.  That's ok, it's a pretty cool looking structure.

The "Tri-City Urban Sketchers" met on the island this morning and wanting to capture something a little different than what the ordinary view might be, the perspective in this scene grabbed me. So here you go...a walkway with one of our "mountains" in the distance.  Badger mountain.

The sketch below is of one of the restaurants on the island.  I thought it looked interesting with all the blockiness of the architectural design and the way the light was hitting it.  This is "Cedars Restaurant." 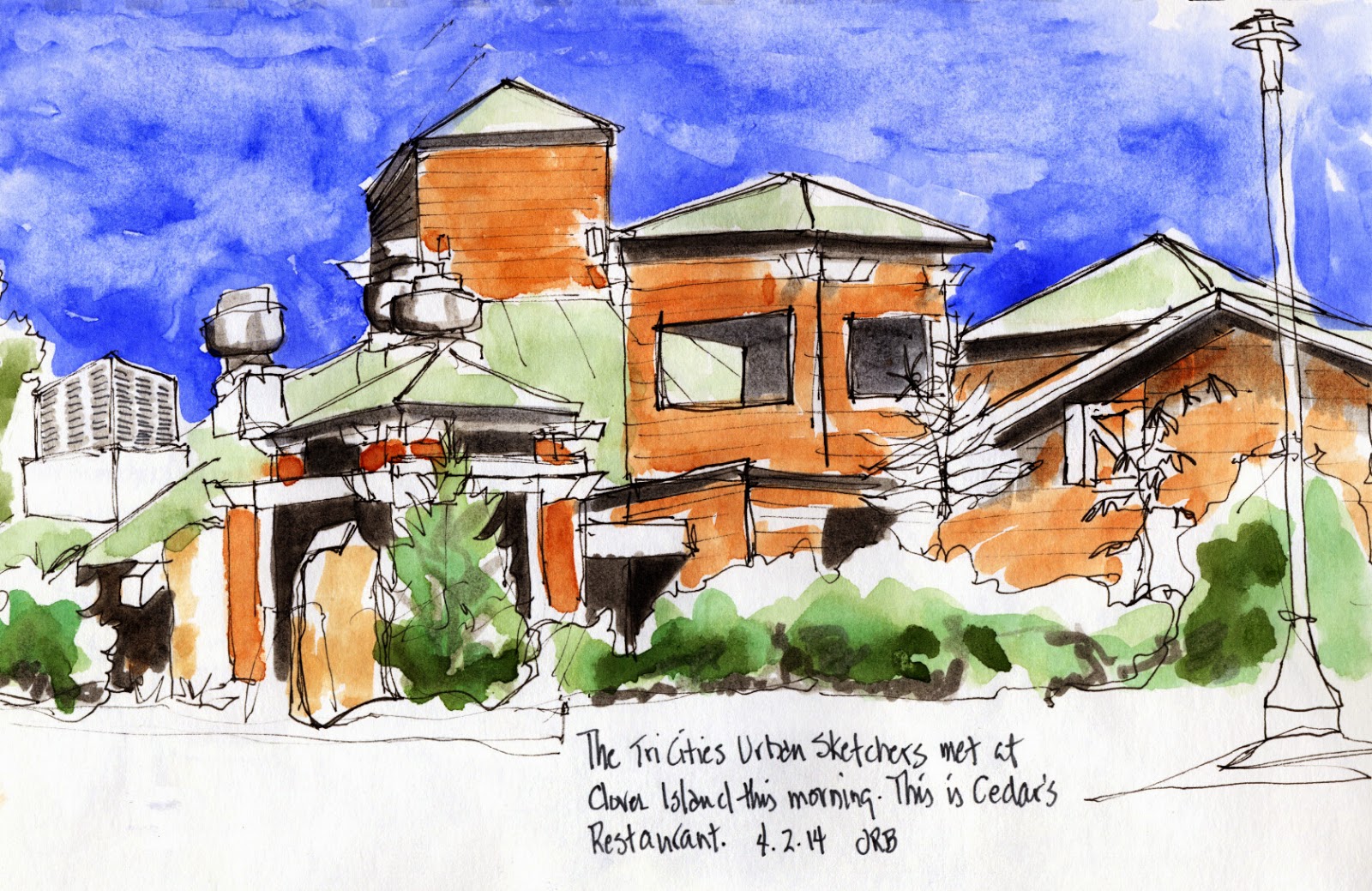 Posted by Jim Bumgarner at 8:41 AM